Get Ready for Summer 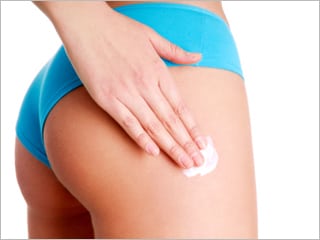 Cellulite. Just the mention of the word gets women of all shapes and sizes talking. We try different exercises, change our diets, and even slather on different creams to try to get rid of those annoying ripples. But these methods are often unsuccessful for the supposed 80 to 90 percent of women that have cellulite.

That’s why, when we heard thatCellulaze, a noninvasive treatment that claims to reduce the appearance of cellulite-ridden skin, received clearance from the U.S. Food and Drug Administration on January 30, we wanted to know more.

Cellulite is different from other types of fat in the body; the tissue has a lattice structure that makes the fat appear the way that it does. Based on the manufacturer’s claims, the idea behind Cellulaze is that they are approaching the different physiologic elements of the problem. So instead of going after the fat, they’re also breaking up the fiber banding that causes cellulite.

So how do Cellulaze and other in-office cellulite treatments compare to the creams and gels that we use at home? Typically with creams the goal is work from the outside in . Whereas in-office treatments treat patients with machinery, so you’re working from the inside out. We treat below the skin and then try to get benefits to be seen on the surface of the skin.”

Since there is still not a lot of data out there about Cellulaze, it’s unclear whether it will truly be an effective treatment or not.

In the meantime, we want to know about your experiences with cellulite treatments. Have you had any success with at home or in-office treatments? Will you try Cellulaze? We’re dying to know. Be sure to tell us in the *comments below.