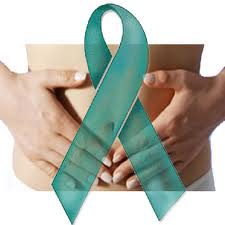 Often women take a back seat to their own health; life gets busy trying to balance work, errands, kids’ activities and home life. Frequently the last thing on a woman’s infamous to-do list is making a doctor’s appointment for herself. Because of this most women that are diagnosed with ovarian cancer find it in the late stages and for this reason it is referred to as the silent killer.

This is why yearly check-ups are an important part of preventive health care for all adult women. A pelvic exam is done to help detect certain cancers in their early stages, infections, STD’s, or other reproductive system problems. But an abdominal ultrasound may be needed if you are having changes such as pressure or pain in your abdomen, pelvis, back or legs. Having swollen or bloated abdomen, nausea, indigestion, gas, constipation or diarrhea. Feeling very tired all the time, urinating often or having unusual bleeding (heavy periods, or bleeding after menopause).

At 41, I knew the importance of seeing my doctor regularly for checkups and physicals. However in May of 2011, I was blindsided by a diagnosis: Stage 3C Ovarian Cancer. Six months of intensive chemotherapy left me physically devastated and mentally stunned: How had the disease progressed so far without detection? I had gone to see my doctor 5 times in the last year only to be told I was just getting older and because of this my doctor never sent me for an ultrasound. As I struggled to understand why my doctor misread the warning signals I’ve come to learn that this is a very common occurrence.

An ovarian cancer diagnosis unfortunately brings to mind grim statistics instead of optimistic ovarian cancer survivor stories. Why? The numbers can be discouraging. Each year, approximately 21,500 women are diagnosed with the disease and unfortunately more than half of them will pass away each year because of late stage diagnosis. I looked at this statistic and knew that although I have a tough road ahead of me with many unknowns, I’m lucky to have a great support system with the love of my family, friends, doctors and patients.

The reason I’m writing this is to inform people of the importance of early detection. Ovarian cancer awareness and advocacy is still in its infancy unlike Breast Cancer where there is instant recognition worldwide because of the widespread availability of support groups. However, groups like Gilda’s Club, SHARE, Ovarian Cancer National Alliance, the Foundation of Women’s Cancer, the National Ovarian Cancer Coalition, and others are educating women about the disease but the meaning of the teal-colored Ovarian Cancer ribbon is still unknown to many.

As for what I look forward to in the future. I plan to remain cancer free and will be avid on spreading the word of how important it is to see your doctor regularly, eat healthy and get plenty of exercise to avoid all cancers and health problems.

Click Here to learn more about The Business Manger