This patient had Breast Augmentation Revisional surgery with Dr. Hochstein in Miami Florida. The patient is a 44 year old female who underwent two previous procedures before traveling from another state to have them fixed by Dr. Leonard Hochstein.

Her first operation was 4 years prior where saline implants were placed in the subglandular position. After complaints of excessive rippling the patient returned to her original surgeon who replaced the saline implants with larger silicone implants of 420cc but kept them in the subglandular location which occurred one year prior. Not surprisingly the complaints of rippling were not ameliorated. At this point she lost confidence in her surgeon and consulted me for an opinion.

On examination she had severe rippling with thinning of her skin/tissues from the previous surgeries and an overall droopy appearance. She had very little fullness in the upper poles of her breasts and had particular thinning in the lower cleavage area of the right implant creating an unnatural poking out of the implant.

She wanted to go slightly larger with the implants but she had a relatively narrow ribcage. I decided to use a high profile silicone implant which I placed in the submuscular (under muscle) position with a Bennelli (donut) lift. She underwent an uneventful operation and went on to heal with excellent breast softness, cleavage, and fullness of the upper breast poles.

These are 2 month post/op pictures which demonstrate normal healing with scarring commensurate for this time frame. I expect the scars to significantly improve over the course of the next year. 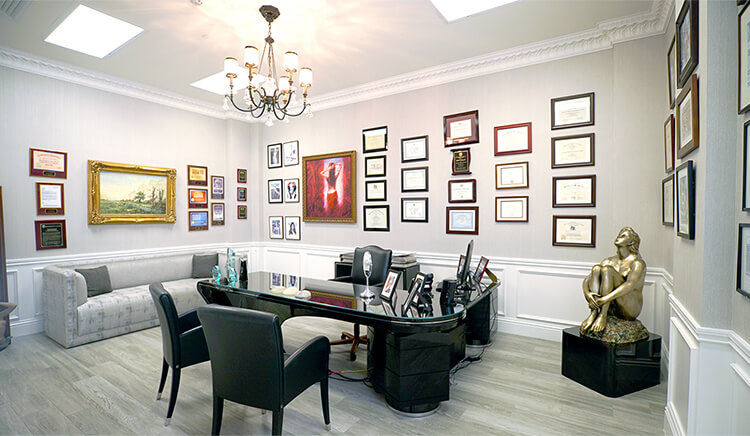