Which Liposuction Technique Is Best for Me? 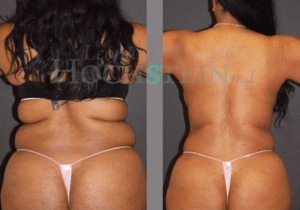 When French surgeon Charles Dujarier introduced the ideas of body contouring and fat removal in the 1920s, there was no way of knowing how far it would advance. Doctors in the 1970s and 1980s developed the tunneling technique and suction-assisted method of fat removal used in modern liposuction. Today, a variety of liposuction techniques can help patients achieve their ideal results. Depending on your needs and your goals, Dr. Hochstein may recommend one of the following liposuction techniques for you.

Power-assisted liposuction uses a powered cannula to vibrate the fat cells for faster and easier removal. It also uses a tumescent fluid to numb the treatment area and minimize bleeding. The rapid movement of the cannula makes the procedure easier for the surgeon and less traumatic and painful for the patient. This method is often recommended for the removal of high volumes of fat because the treatment is faster than other techniques. Dr. Hochstein predominantly uses this method as the gold standard for liposuction procedures.

Tumescent liposuction injects a tumescent solution directly into the fatty area shortly before the treatment. The amount of solution is typically two or three times the volume of fat that is to be removed. This solution causes the fat cells to swell, making it easier for the cannula to reach the fat cells for removal while reducing trauma to the other tissues. This technique may be recommended because it requires only local anesthesia, minimizes bleeding and pain, accelerates healing, and provides smooth results.

Wet liposuction injects a “wet” solution of saline, lidocaine, and epinephrine into the treatment area to make it easier to extract the fat. This technique is performed under general anesthesia and, while safer than dry liposuction (which is no longer used), may still lead to significant blood loss. Therefore, this technique is less often recommended.

Super-wet liposuction injects a dilute local anesthesia solution, roughly equal to the amount of fat that is to be removed, in order to break down the fat for easier removal. Blood loss with this technique is greater than the tumescent technique but significantly less than the wet technique. It is also slightly less risky than tumescent liposuction because it uses less lidocaine.

Ultrasonic-assisted liposuction uses both tumescent fluid and ultrasonic energy to heat and liquefy subcutaneous fat. This makes it easier for the fat to be removed during the procedure. UAL may require larger incisions and may leave small scars, but the larger incision size can make it easier to remove more significant amounts of fat in a shorter time frame. UAL is especially beneficial for assisting in fat removal from the upper abdomen, sides, back, and neck.

VASERlipo® is a variation of ultrasonic liposuction that loosens the fat cells for easier extraction. It can be performed under local or general anesthesia and may be used in many areas of the body, including the love handles and thighs. This technique may be better for removing fat from fibrous areas such as the flanks or back.

Ultimately, the optimal technique for your liposuction procedure will be selected based on your needs. Factors such as the cost, your health, anesthesia, the amount of fat that is to be removed, and the specific treatment areas will all influence the decision. Dr. Hochstein will recommend the best technique for you during your personal consultation with him.