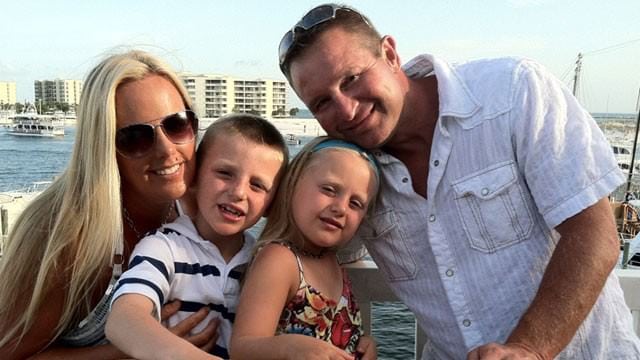 As the sky glowered black and Stephanie Decker felt the monster tornado begin to suck her house into its vortex, she knew it would not hold and she had no choice but to shield her two young kids with her own body. She lost her legs in the process.
“I knew my leg was barely attached or it was severed. I didn’t know which but I knew it was bad. If I didn’t get help soon, I was going to bleed out,” Decker told ABC News, which interviewed her Monday night from her hospital bed in Louisville, Ky.

Decker, 37, and her family were smack dab in the middle of a tornado outbreak Friday that included 140 reported twisters, 76 confirmed landings and 39 deaths.

“It was nothing I expected,” the Henryville, Ind., woman said. “I never, ever thought in a million years my house would be blown away.”

She was determined to keep her kids safe, and her actions saved them, but at a steep cost. Not only was her home lost, but both of her legs had to be amputated late Friday — one just below the knee, the other just above it.

“I assumed I was safe and I heard the roar like a train, and I heard it behind me, and I knew it was coming,” she recalled today. “And it was so loud that I knew that I needed to do something different. I knew staying put wasn’t going to work.”

So Decker acted. She dashed down into her home’s basement with son Dominic, 8, and daughter Reese, 5. As the house began to disintegrate she tried to shield them with a comforter.

She was crushed under the cascade of debris.

“I remember the whole thing,” she said. “I stayed conscious the whole time. I couldn’t afford [to pass out]. They needed me. They had to have me, so I had to figure out what to do. And my son is a hero. He went to get help.”

Both her legs were smashed. She’d also suffered a punctured lung.

Her children, however, were unscathed.

Next, it was her son’s turn for heroism. He knew his mother was hurt and he crawled out from under his mother and dashed over to a neighbor’s house.

“After … Dominic left,” she said, “I realized I couldn’t get out because I actually used the comforter I tied with them as a tourniquet. I knew I was cut.”

Help soon came. Decker was evacuated to the hospital.

Overnight, her husband, Joe Decker, tearfully said that the flattened house on Henryville Road had been their dream house.

Stephanie Decker had told her husband she always wanted to have the children’s handprints imprinted in the foundation’s cement, because “we were never gonna leave here.”

And there they are today. Small prints, with the “Reese,” and “D” for Dominic scrawled in the concrete, an indelible testimony to a family still intact.

In the wake of her injuries, a benefit fund has been set up for Stephanie Decker at Fifth Third Bank, 392 S Indiana Ave, Sellersburg, IN, 47172.